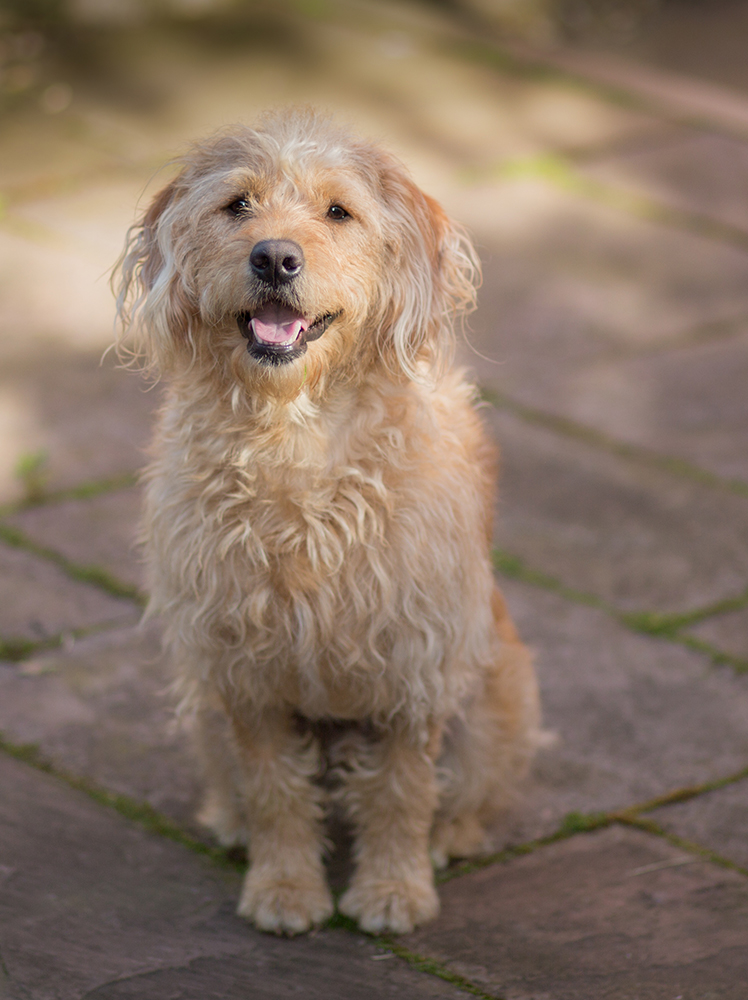 We’d like to introduce you to our gorgeous, friendly, loyal studio dog – Brosko

Brosko is our 6 ½ year old Labradoodle.  For those of you that know anything about dogs, he is a cross between a pedigree Labrador (mum) and a pedigree miniature Poodle (dad). Both of his parents’ pedigrees go back several generations. In Labradoodle world this makes him an F1.

We chose a labradoodle as they are renown for having a wonderful temperament, playful and in his particular instance, not a big dog, requiring lots of exercise. He would need to stay in the studio with me all day. We had considered a rescue dog, but given his potential interaction with young children, we couldn’t afford to take the risk.

Brosko chose us when he was 4 weeks old and we took the decision to leave him an extra couple of weeks with his mum as we read this helps with temperament and confidence in socialising. How right this proved to be.  At 10 weeks we brought him home.

As neither of us had had a dog for several years, we were immediately thrust in to the world of vets, groomers, trainers, dog parks and the like! Not to mention a completely new set of walking buddies!

We decided to take him to a professional trainer at 12 weeks old, where he quickly obtained his Kennel Club Bronze Citizen’s Award. It was whilst training for his Silver that he became ill. After many months of tests, scans, diarrhoea, vomiting and not eating, he was eventually diagnosed with Inflammatory Bowel Disease. Having his condition diagnosed meant that whilst he couldn’t be treated, it did mean we could manage the issues and ultimately deal with his regular flare ups. However, it wasn’t until a full 2 years later that the situation improved considerably. Mariela discovered, after months of research, a RAW food diet that has meant no more symptoms and thankfully he has thrived.

Aged 1 and 2, we arranged birthday parties for him. They were organised at the wonderful No More Kennels Hotel in Widnes, owned by Rebekah Vaughan.  https://www.nomorekennels.co.uk/     This really is a magical place for dogs to visit, both day and night. He had 25 friends come to play together with their owners and plenty of dog ice cream, cake and other doggie stuff were eaten! The event made the Liverpool Echo and even The Daily Mail and Hello magazine wanted to do a piece on him! Whilst it could have been great PR for our Wirral Studio for various reasons we declined.

We are very proud of Brosko as you can probably tell. He has a wonderful friendly manner about him. Whilst he does get a bit too excited in the first minute of meeting you, barks a bit, brings you a toy and then settles down. In all the time he has been with us, he has never shown an ounce of aggression to another person, child or even another dog. He has had fellow furry friends bark, growl and show teeth at him, and he doesn’t batter an eyelid – such a confident little boy.

Never far away from his ball! 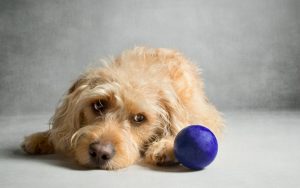 He’s never as happy as when he is ether running around a field, ears flopping up and down, tongue lolling around or playing with a tennis ball – he is quite a dribbler!

It still doesn’t mean he can stay in the studio for family and doggie shoots! We keep him at home for those. But on all other occasions you will meet him. Be prepared to be licked to death! 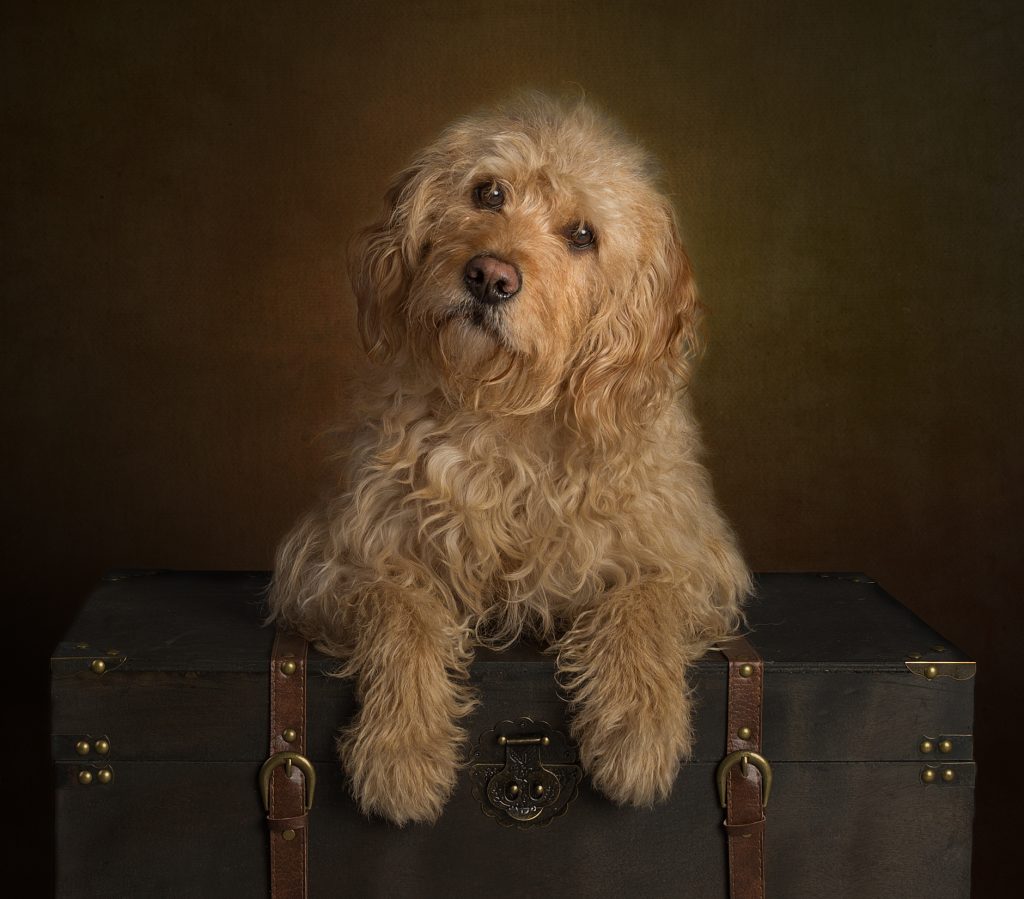 We think having Brosko has helped us understand other dogs and their behaviour so much more.  Being patient during photo shoots and expecting the unexpected are definitely bonuses! We like to think it makes us a bit different from some other Wirral Pet photographers! He also makes a wonderful model to practice with!

← Read our previous blog Read the next blog →